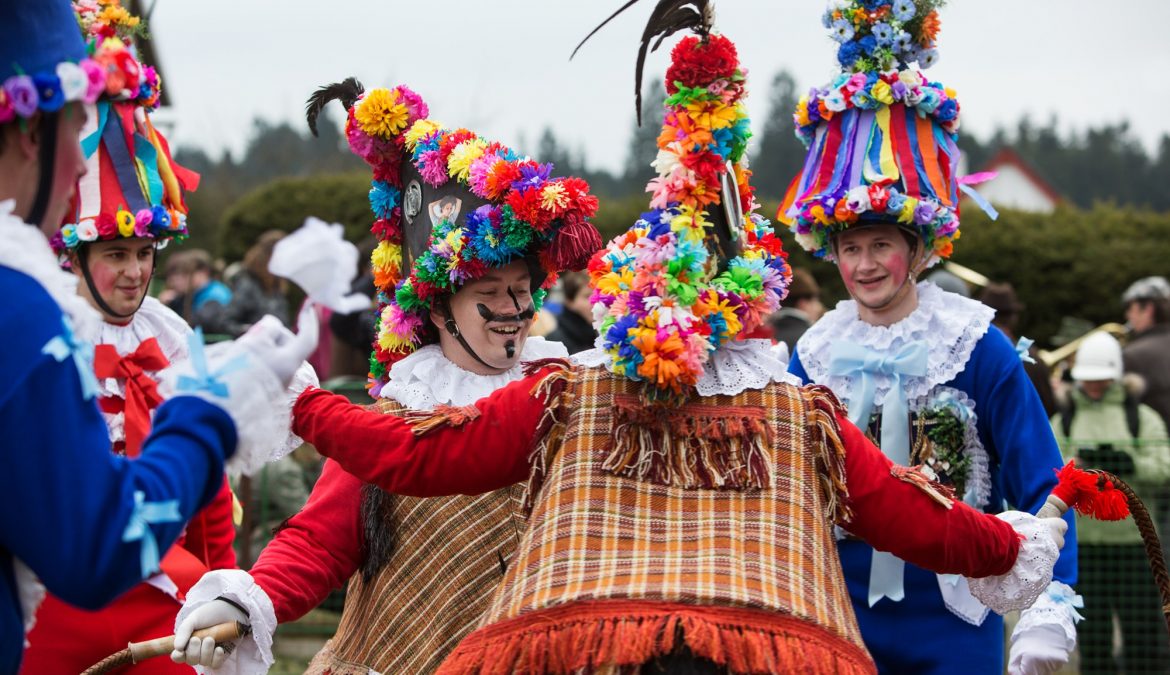 The Czech Republic’s answer to Venice’s Carnivale and the USA’s Mardi Gras, Masopust is a high-octane extravaganza of colour and culture that spills across Prague’s streets at the start of the year. Ushering in the spring with a flurry of costumed parades and raucous parties, it’s one of the most enjoyable times to visit. The festival dates back to medieval times when it celebrated the fertility and abundance of spring. While its pagan roots have been eclipsed by the Christian Lent tradition – it’s now the equivalent of Shrove Tuesday – Masopust has survived as a convivial country-wide celebration. Here’s what not to miss if you’re lucky enough to be in Prague for the carnival.

As well as street parades in areas such as Hlubočepy, Dubeč and Břevnov, visitors can enjoy concerts and parties across the city. From Baroque opera performances to Czech folk dancing and dazzling masked balls, there’s plenty to get involved with. At the heart of the action is the Žižkov district, where the streets overflow with costumes and floats, puppets and parades. Keep going to discover large-scale celebrations on the beautiful Jiřího z Poděbrad square, where a stage is set up for live music and entertainment.

Food and festivities combine at the Vinohrady Masopust Market. Taking place on Tyl Square throughout the Masopust period, the market hosts dozens of stalls filled with carnival souvenirs and treats, ranging from grilled sausages and gingerbread to art and gifts. There’s also a lively programme of folk performances that are well worth watching for a taste of Czech folk culture.

When it comes to Masopust, the general rule is the more colourful your getup, the better. This rings true particularly with costumes and masks. For the carnival, many people choose to dress as mythical creatures or animals such as bears and horses, while others opt to embody human characters such as chimney sweeps, ringmasters and jesters. Masks and costumes aren’t just limited to the parade, however. There’s also an extensive programme of events such as street parties, village fairs and masked balls where you can show off your eye-catching outfit.

Colourful costumed street parades are what Masopust is all about. These ribbon their way throughout the city, but to see one of the most impressive and exciting, venture out past Prague Zoo to Roztoky. This parade has a reputation for pulling out all the stops when it comes to costumes. Get involved by hiring a national dress costume from the Central Bohemian Museum.

Eat, Drink And Be Merry

The spirit of Masopust is in an abundance of great food. Catholics abstain from meat during the 40 days of Lent, and therefore this is an opportunity to sample some fine Czech port. Roast suckling pig is big on the menu during the carnival, and there is plenty of the usual suspects such as sausages and pig knuckle on offer.