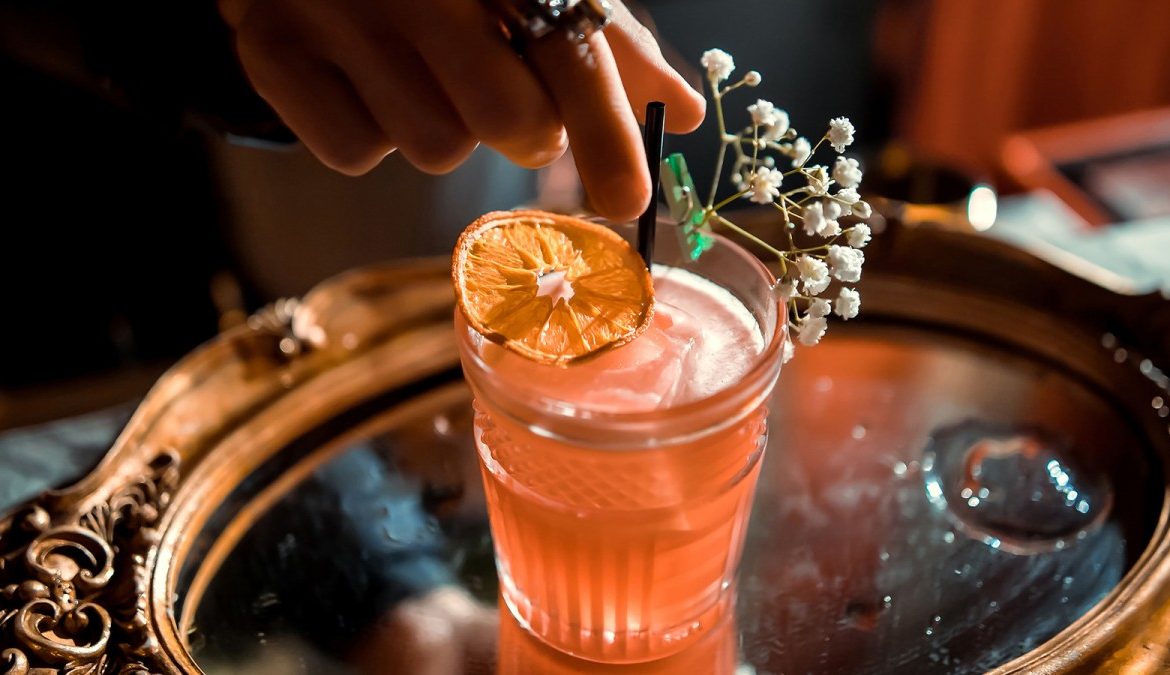 While a cold Pilsner Urquell might be the Czech Republic’s traditional drink of choice, it’s Becherovka that encapsulates the national spirit. The pale liqueur is a potent distillation more than 20 botanicals that contribute to its distinctive herby palate, and since its creation more than 200 years ago, it has worked its way from a medicinal tonic to a prominent feature of Prague’s cocktail scene.

Becherovka, with its signature emerald green bottle and flat Soviet-era branding, has its roots in the 18th century. It was first distilled as moonshine by an entrepreneurial businessman, and later doctored with a restorative herbal remedy that was prescribed for Prince Maximilian Friedrich von Plettenberg. The medicinal tincture was sold as bitters that could ease stomach troubles, and its popularity bloomed in the 1830s, seeing it spread across Europe and America as a digestive tonic. During the communist era, Becherovka was among the country’s most famous exports.

Fast forward to 1967, and it was finally recognised as a companionable addition to a cocktail, rather than exclusively its medicinal properties. A spritz of tonic water was added and the beton was born. A signature Czech tipple that’s found in bars across the city (try Popo Cafe Petl in the centre of town for an accessible favourite), a beton (translated as ‘concrete’) is a local take on the gin and tonic, and includes, of course, the ubiquitous slice of citrus.

For the best Becherovka cocktail in Prague, few pack as much punch as the Bohemian Manhattan at Black Angel’s Bar. Local single malt and sweet vermouth with Becherovka replacing the bitters makes this a Manhattan with an ingenious and very potent local twist. The bar itself is a throwback to the 1930s, with a cocktail menu that reads like a Hemingway novel and drinks based on the tastes of early 20th-century bartending legend Alois Krcha.

For something a little more sophisticated, Parfum at L’Fleur is a fragrant blend of Becherovka and gin, flavoured with jasmine, rose and citrus, and a gush of lemonade adding extra sparkle. This dimly lit cocktail bar pays as much attention to presentation as it does to quality ingredients, making for highly Instagrammable drinks served in elegant environs.

A local favourite is Blah Blah Bar, whose laid-back atmosphere guarantees a convivial buzzing atmosphere well into the night. From its choice of inventive signature cocktails, Bohemian Doctor honours our local theme. A warming herbal hit of Benedictine and Becherovka is mixed with honey and lemon for a delicious drink that feels as if every sip is doing you good.

Muddling Becherovka into a more experimental concoction is Hemingway Bar, an atmospheric oak-panelled enclave near Müstek. Taste of India is an ingenious combination of Becherovka, bay leaf and a splash of delicately spiced curry cordial that marries well with the spirit’s undertones of cinnamon, orange and clove. The ghee may seem an unusual addition, but it softens the spirit’s edges beautifully.

As they say in the Czech Republic, na zdravi!